Police Give Oregon Slumlords Training on keeping criminals out of Rentals ( oh you mean Illegal aliens?) 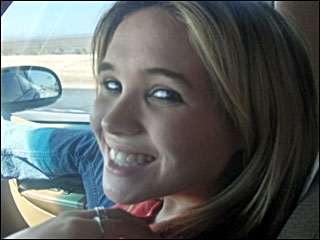 Dani Countryman Murdered In Oregon by illegals ,Mocked by the Oregonian.Update: Dani’s family has filed a lawsuit for over 3 million dollars against Clackamas County for not deporting her  illegal killers after they were arrested for drunk driving. 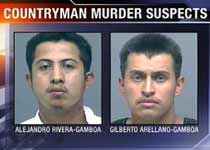 Police Give Oregon Slumlords Training on keeping criminals out of Rentals ( oh ,you must mean  Illegal aliens?)

Virtually all  of the Mexicans arrested in Oregon , whether for rape , or murder or drunk driving ,have landlords who rent to them knowing full well they are both  high-risk and illegal. Oregon Landlords use  the excuse of the Fair Housing Act to keep in the $$$$ black.This is a lie , because they have no problem evicting American tenants that  should be protected under Fair Housing Laws.

If landlords had to depend upon just legal Americans for rental income,  rents would be much  much lower.. They might even become decent landlords because they could not longer rely upon an out of stater to replace the current renter.Imagine have appliances that work and not being bullied or evicted just because you asked for the harvest gold stove to be replaced!

Instead, rental units are filled with illegal aliens. Washington County’s low income housing  includes Bonita villa , on bonita Rd in Tigard. There Mexicans have taken over, the street sign on the street is in spanish, the manager is mexican,and mexicans are dealing drugs.

A Mexican breeder   illegal  wife of one mexican drug dealer, lived at Bonita Villia with her four anchor babies. She worked illegally at one of the nice hotels in Lake Oswego,while   her mexican husband dealt drugs.

It would be nice if people would connect the dots between rental vacancies and a 17 percent inflow into Oregon, partly from Illegal aliens, state department immigrants and idiot Americans who think the West is Narnia .  Oregon had cheap rent until the exodus from California began in the early 90’s ,which was also when the mexicans began arriving.So it’s about Numbers, if there are only so many housing units and illegal aliens arrive in huge numbers and breed in vast quanities, then they displace the normal population, and cause rents to spike, yet if you say this to a liberal , they call you a racist and stick their fingers in their ears.

from the horse’s mouth( state of oregon):

Oregon’s need for affordable housing continues to escalate as more than 181,000 low-income Oregon families are currently burdened by excessively high rent – all at a time when the state and its families also face rising unemployment and foreclosures.
problem is the illegal aliens get section 8 housing and  they have largely caused the rent inflation. The State of Oregon is one of the main reasons rents are so high because they encourage illegal aliens to work illegally and to use Welfare programs.

If the Police want to get rid of gangs and crime and drug dealers, they need to come down heavy on the Landlords.This is so obvious it is unbearable. Property managers are useless in keeping out criminals, because if they don’t keep the places rented, they can be evicted in 72 hours and many landlords use this as their weapon.

Dana Countryman was murdered by two mexican gardeners, illegals, who happened to do landscaping in the same complex where Dana had her neck stomped on .  If her family had any money they could have filed a civil lawsuit against the landlords.

One example out of Millions; It is a felony to rent to illegals , but the U.S. is a law-less land where even the President’s Aunt refuses to honor a Judge’s demand she leave.

Landlords use the illegal alien population to jack up rents and keep their Lake Oswego houses paid up. If you want to stop crime print the landlords home address whenever another rape takes place.

A landlord was arrested in LA this year, for intentionally renting to MS-13 gang members.

Landlords are some of the worst crooks in this state and running little workshops is feeble. A few blocks from where this will take place are several huge complexes taken over by illegal aliens. The property manager is an illegal alien. Washington County has rented to sex offenders at their low-income housing complexes. The police know the illegals cause crime, but does the general public?

The Westside Crime Prevention Coalition (“WCPC”) will present a training opportunity to rental property owners and mangers on Saturday, March 14th, 2009. The eight hour training session titled “Keeping Illegal Activity Off Rental Property” will be conducted at the BeavertonCity Hall located at 4475 S Griffith Ave. in Beaverton. It will begin at 8:30 AM and continue until 5:00 PM.The curriculum will be instructed by nationally recognized Portland attorney, John Campbell. The materials and ideas presented were developed by Campbell after he found himself embattled in his own neighborhood which appeared by be overtaken by criminals. It left the neighborhood residents feeling powerless and frustrated. From that struggle came the concepts which he developed as a result of crime that can spill out from rental properties into the community.The program helps property managers; landlords and owners maintain a safe and attractive property while taking steps to reduce the opportunity for crime and related problems. Information about tenant screening, physical elements such as landscaping and maintenance, warning signs of drug dealing and usage, as well as the application process are included in the training.”WCPC” is a group of crime prevention and community resource officers representing seven law enforcement agencies in Washington County. The group works together to problem solve for all areas within the county. Providing training to property managers is just one of many different programs developed by the group.Registration information can be obtained by contacting 503-846-2579. Seating is limited to 100 attendees. Deadline to register is February 27th. More information is available at
http://www.tigard-or.gov The cost is $30.00 which includes continental breakfast, lunch and the training manual.

8 Responses to Police Give Oregon Slumlords Training on keeping criminals out of Rentals ( oh you mean Illegal aliens?)