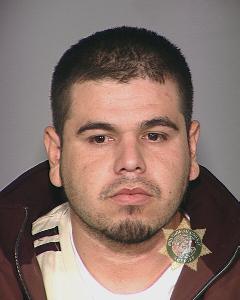 Yeah Hows Open Borders working for everyone?
Portland Police Bureau – 04/09/10
Update:
On April 9th, 201O officers conducted a traffic stop on a blue Kia mini-van in the area of NE 181st Ave. and Sandy Blvd. During the course of this investigation officers observed indicators consistent with the trafficking of narcotics. Officers gained consent to use a police canine to search for narcotics. The dog indicated that there were narcotics inside the vehicle.

Officer from the Portland Police Bureau’s Drugs and Vice Division used this information in addition to other evidence gained at the scene to apply for a warrant to search the suspect vehicle. The warrant was granted. Officers conducted the search and recovered between seven and ten pounds of heroin.

Officers also uncovered approximately 2 kilograms of cutting agent used in the manufacture of heroin for distribution. The heroin and cutting agent would yield a sale able amount of heroin with a street value in excess of $500,000.

Officers have arrested and charged Veronica Hernandez-Banuelos, a 27-year-old female on charges of Manufacture, Delivery and Possession of Heroin. They have also arrested Francisco
Gambino-Beltran,a 25-year-old male on identical charges. Photographs of the suspects will be sent to all media. This investigation is ongoing.

on drug related charges. The charges stem from an investigation that culminated in the recovery of seven to ten pounds of heroin.individuals 7 P.M., investigators from the Portland Police Bureau’s Drugs and Vice Division arrested two approximatelyOn April 9th 2010, at

investigation is ongoing. If any mediainterestedThe and is immediately availableavailable for an interview. Please page the PIO if interested.currently investigators are