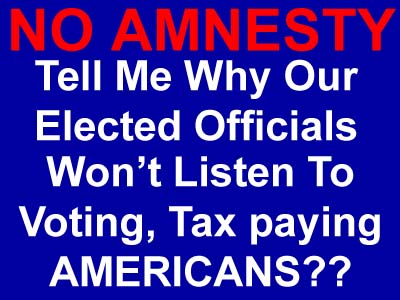 PORTLAND, Ore. — At least 11 rallies and protests were organized  by la raza and corporations  in support of immigration reform illegal aliens stealing jobs and ID from Americans across Oregon and Washington on Saturday, in commemmoration of May Day mocking American Workers and The United States and timed to increase pressure extort amnesty for criminals on Congress to pass immigration reform legislation the end of the US , organizers paid Mexican criminals said.

Oregon’s two main rallies propaganda media events were taking place in Salem and Portland. The capitol’s event drew “hundreds” according to attendees but there was no official estimate yet.

In Portland, organizers hoped for a turnout of 3,000 or more, and police were preparing for a larger crowd and any potential rowdiness – or worse – if anarchists turned out to try and hijack the event. Legal Americans showing up stupidly thinking they have rights and live in a democracy ( see American Hero)

By mid-afternoon the march had swelled into the thousands, with police estimates between 4,000 and 5,000.  illegal mexicans and thier anchor babies along with a few idiot liberals

The Portland May Day Coalition, a group made up of several organizations, lead the 1 p.m. march. Earlier in the day, CAUSE short fat mexican of arabic extraction busted May 2010 in Portland. If you want to see what the mexicans are really up to click on multhnomah county mug shots to the right

Oregon, fascist mexican takeover cell  an immigrant-right advocacy group, a group that supports breaking laws and open borders and lots of food stamps for mexicans only- organized a protest to be followed by a march.

In Washington, rallies and marches were planned throughout the day in several cities, including Seattle, Walla Walla, Yakima, Vancouver and Mount Vernon.

Immigrant advocates advocates for overthrowing US laws across the country are expecting a spike in attendance this year after a new law approved this past month in Arizona requires authorities to question people about immigration status if there’s reason to suspect they’re in the country illegally.

Across the nation, hundreds of protests were coordinated to increase public awareness of immigration rights issues as Congress considers another attempt to overhaul federal laws.another attempt to trash Amerians and our Laws the most criminal congress ever- democracy what a joke

Immigration advocates criminal advocates for stealing id and the mexican drug cartel expected a spike in attendance this year after a new law in Arizona that requires authorities to question anyone suspected of possibly being in the United States illegally.

President Obama called the law “irresponsible” and urged Congress to revisit the legislation. go back to kenya Obama-

This entry was posted in Uncategorized and tagged May Day Marches In Oregon: Causa Bribes Mexican Illegals to Demand Amnesty in Portland Saunctuary City for Criminal Illegals. Bookmark the permalink.