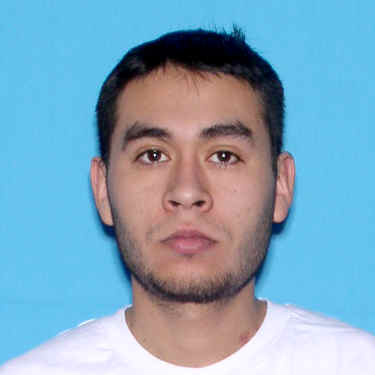 I think this shows just how pourous our borders are and how many criminal mexicans there are in Oregon.   The detective  did not turn over to ICE the mexican girlfriend who was stabbed.

Get rid of all of them and close the borders. Let them murder each other in Mexico.It’s nature’s favorite method of birth control for Mexicans. Get rid of the mexicans from Marion County and get rid of crime.

Two brothers, both fugitives from the law on major investigations, have been apprehended in Mexico.

18-year old Lorenzo Garcia-Ceja and his brother, 29-year old Manuel Salvador Garcia-Ceja were both apprehended in Zamora, Mexico on the morning of June 3rd. They are being turned over to Mexican authorities and will face a Judge in Mexico to face extradition.

Lorenzo Garcia-Ceja approached 21-year old Montez Bailey as he and two friends sat on a bench in Northgate Park on May 26th, 2009. After a brief conversation, Garcia-Ceja pulled a handgun and shot Bailey and his two friends before fleeing on foot. Montez Bailey died the following morning and the other two victims recovered from their injuries.

Salem Police Detective Jamie Vasas was the lead investigator in the case and worked diligently to identify Lorenzo Garcia-Ceja as the suspect, but investigators were unable to locate and arrest him and received credible information that he had fled to Mexico, possibly staying with his brother, Manuel Garcia-Ceja.

Manuel Garcia-Ceja has been wanted for an incident that occurred in the 2400 block of Coral Ave NE on July 20, 2006 when he stabbed an estranged girlfriend several times. The victim survived the stabbing. Detective Vasas was the lead investigator in this case as well, and attempts to locate Manuel were unsuccessful and investigators received credible information that he had fled to Mexico.

Detective Vasas did not give up on the case, staying in regular contact with the families of the victims as well as others in the community who may have been able to assist in locating the suspect. Despite trying to work with friends and family of the suspect in the local area, investigators were unable to get cooperation from them in apprehending either Manuel or Lorenzo.

Detective Vasas, working closely with the Marion County District Attorney’s Office, then requested assistance from the FBI in securing warrants for Unlawful Flight To Avoid Prosecution and further requested the FBI’s assistance in locating and arresting both suspects for their respective crimes. It was through Detective Vasas’ and the FBI’s perseverance and dedication that both suspects were located in the town of Zamora and ultimately taken into custody by the The Mexican Federal Investigations Agency, known as AFI, without further incident.

Locating and apprehending these suspects would not have been possible without the cooperation and teamwork between the Salem Police Department and the FBI. “These arrests show that you cannot run from justice,” said Arthur Balizan, Special Agent in Charge of the FBI in Oregon. “Not only do we have exceptional levels of cooperation between local agencies and the FBI here in Oregon, but we can call on the resources of the FBI and our foreign law enforcement partners around the world to bring fugitives back.”

a degree of closure for them in this long ordeal. We are proud of the fine work our investigators have done in this case and their refusal to give up just because the suspects fled to another country.”provide the families of the victims have had to experience, we do hope that these arrests will pain and suffering the alleviateSalem Police Chief Jerry Moore added that “While we cannot