Obama's Aunt: US Obligated to Make Me a Citizen

Obama’s Aunt: US Obligated to Make Me a Citizen 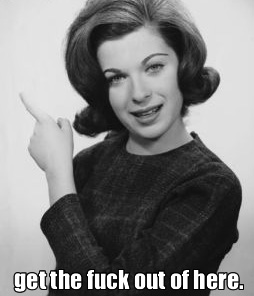 What do Bed bugs and Obama’s family have in common? answer: both are imported parasites who have refuse to be exterminated.

President Barack Obama’s aunt, Zeituni Onyango, says she’s done nothing wrong by illegally living in the United States for years and is therefore deserving of amnesty.

“If I come as an immigrant, you have the obligation to make me a citizen,” Onyango, 58, told Boston’s WBZ news.

In her first interview since Obama was elected president, Onyango described how she came to America in 2000 from her native Kenya, fell ill and was hospitalized. Upon her release, Onyango told WBZ, she was out of money. So rather than return to her homeland, she continued to live in the country in violation of immigration laws.

After stints in a Boston homeless shelter, Onyango was eventually put in public housing and began receiving disability payments. In 2004, an immigration judge ordered her to leave the country, but Onyango remained. However, she noted that her story was less about intentionally flouting federal immigration policy and more about its ineffectiveness.

Onyango says that she received no help from Obama as her case was reviewed by Judge Leonard Shapiro, who ruled in May that Onyango could remain in the United States.